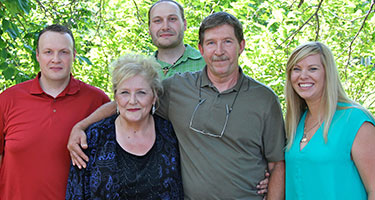 In Her Will and Her Heart

When Peggy Benko took her identical twin granddaughters into her arms for the first time, she was overcome not only with love, but also with gratitude. Meeting her grandchildren would not have happened were it not for the specialists and medical teams at Royal University Hospital (RUH).

On January 7, 2015, Peggy was at work in Regina, when she suffered a stroke from an aneurysm in her brain. She was rushed to a Regina hospital then flown to RUH and the waiting provincial stroke team, who saved her life.

Peggy says that every time something great happens now, like seeing her son get married, she is reminded of the critical role RUH has played in her life.

For that reason, she has decided to include the RUH Foundation in her will.

Peggy says that while she continues to donate regularly now, leaving a bequest to RUH Foundation through her will is a way in which she can continue to give life to others after she’s gone. “If I can in a tiny way help so some other person will be able to see their grandchildren someday, there’s nothing greater than that.”