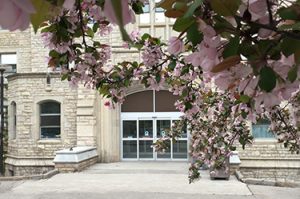 “This hospital is a monument which will draw comment when the province celebrates its 100th Anniversary that the people of Saskatchewan, in 1955, built better than they knew.”

Saskatchewan was celebrating its 50th anniversary in 1955 when Premier Tommy Douglas stood on the threshold of the new University Hospital and dedicated its walls to the health and well-being of everyone in our province.

It took eight years to construct the hospital, at a cost of $13 million, using more than 14,000 tonnes of local fieldstone. From the outset, RUH has been an inseparable partner of the University of Saskatchewan’s College of Medicine, fostering an intellectual environment in which patient care is strengthened daily through the application of medical research and the pursuit of knowledge.

The “Royal” designation was conferred in 1990 by Governor General Ray Hnatyshyn on the wishes of Her Majesty Queen Elizabeth II.

Royal University Hospital is a 407-bed, acute-care facility operated by the Saskatchewan Health Authority, and serves as the medical centre of excellence for central and northern communities. As the province’s primary trauma and acute care hospital, RUH touches the lives of everyone in Saskatchewan:

RUH staff and affiliates have an opportunity to be a part of an exceptional personnel association established specifically for them. Members participate in social events, build camaraderie, and support initiatives at RUH. For more information on RUHPA and a membership brochure, please click here.

Looking for a unique and thoughtful way to honour a friend, family member, colleague, group or company or to remember a loved one? Purchase a seat in RUH’s Theatre in the Mall or Vivian K. Asher Theater! Included in your purchase is a randomly selected seat with etched armrest plaque. Available seats are limited so hurry and get one! $10 per pay period for 26 pay periods through payroll deductions or $260 by cash, cheque or credit card. Anyone can purchase one! Honour someone special or leave your own legacy.

Cam Forrester has a deep and meaningful connection with Royal University Hospital. Cam’s father, George Forrester, was a draftsman with Webster and Gilbert Architects – the architectural firm that worked on the design of the original (then) University Hospital that opened in 1955. George was also the lead architect working on the 1978 expansion that began in 1968. RUH was a big part of George’s architectural career and Cam fondly remembers working alongside his father on several renovation projects from 1978–1984. Cam is a former architectural draftsman, golf pro and manager and has been a full-time artist since 2017. This painting was commissioned in honour of the 65th anniversary of the opening of the hospital.

This signed and numbered print is perfect for that special co-worker or volunteer at RUH that is retiring or leaving. Please contact our Foundation office at 306.655.1984 to arrange to pick up a signed copy of the print. You are responsible for having the print matted and framed and a plaque with the person’s name made.

The idea of having a permanent place to honour a co-worker or volunteer currently working at RUH or upon their retirement, or to remember someone dear to you who has passed away originated in 2012 with the passing of Warren Chykowski from the Respiratory Therapy Department. His friends and co-workers asked RUH Foundation for ideas on what might be done to honour a life well lived and the impact he had on patient care. The Memory/Honour Tree Grove provides a visual place in the Royal Gardens that tells a story of the caring and compassionate people who, through their work and life, contributed to the legacy of RUH.

To purchase a leaf on one of the Memory/Honour Grove trees to commemorate a someone, please complete a request form.

For more information on purchasing a theatre seat or obtaining either a Cam Forrester print for a retiring RUH staff member or volunteer or a Memory Tree leaf for someone important to you, please contact RUH Foundation at 306.655.1984 or visit the office at Room 1626 near the old main entrance. 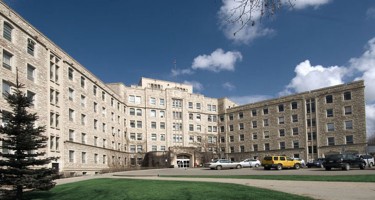 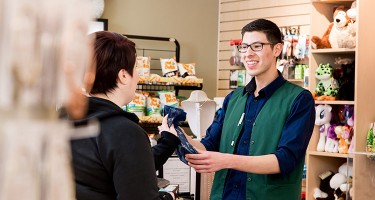 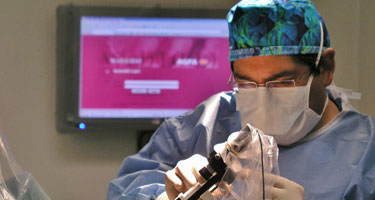